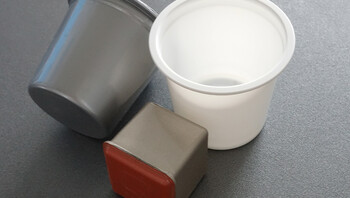 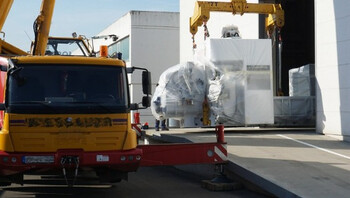 Marbach Werkzeugbau. An eventful year comes to an end.

Marbach can look back on an eventful 2018. The company, which is globally active, attended numerous exciting projects last year and presented at various plastics trade fairs throughout the world, its extensive portfolio in the field of thermoforming technology.

Packaging. Performance. You.
Marketing Manager Tina Dost: "2018 was another very exciting year for us. We worked on a number of product developments and launched them successfully on the market. Those who benefit are our customers, because they are able to increase performance in their packaging production."

Trade fairs and events
Marbach successfully participated in numerous trade fairs and events in 2018. From the Interplastica in Russia to the NPE in Orlando to the Chinaplas in Shanghai, Marbach was present at the world’s most important plastics fairs. In addition, the company participated as an exhibitor or with presentations at various Thinwall packaging events: the SPE in China and the Plastics & Rubber in Indonesia. Marbach was able to profitably use established networks in several follow-up projects. In 2019, the K trade fair will once more be the world's most important trade show for the plastics industry. Here too, Marbach is already in the starting blocks and has already initiated preparations.

Products Werkzeugbau (tool-making)
As an innovative company, Marbach once again presented numerous solutions in 2018 to increase the performance of its customers.

In addition to the further optimization of its MT|easy-speed technology with highest output rates, the Marbach Turner cup caused a sensation in the market with its special closure technology. In addition, Marbach's growing interest in combining thermoforming with IML has led to a number of customer projects that will be continued in 2019.

Another very important topic in the market is the boom in coffee capsules. Marbach therefore tested the world's largest tilting tool for coffee capsules in 2018 in cooperation with Gabler. Sales manager Hubert Kittelmann: "Even special functions in the upper and lower tool could be controlled with ease. Prepared for seamless integration into the world of industry 4.0, the tool has sensors that monitor all process parameters in real time using a modern system from the company Toolvision". Tests carried out prove that Marbach is well equipped for the future.

New production control system
In addition to its existing ERP system, Marbach Werkzeugbau introduced a new software in 2018 under the name Time|M, which the company uses for detailed planning and
control of its production capacities and which makes it even more efficient. For the benefit of the customer.

Tina Dost: "An eventful year draws to an end. We are already looking forward to an equally exciting year 2019. With many new products. The K in Duesseldorf. And maximum performance. A big thank you to all our business partners for your amazing partnership."

Marbach employs 1,500 people worldwide. As an employer Marbach attaches great importance to the health of its employees. Therefore, the company decided to offer its employees attractive bicycle leasing in 2017 at its headquarter in Heilbronn. Recently the 150th bicycle has been leased from Marbach.

Marbach is known in the market for providing individual solutions. So far, manual top knives have not been part of Marbach's portfolio. However, as customer requirements for high-precision manual top knives have become more and more demanding, Marbach has intensively dealt with this topic. The result is tools manufactured in a new production process which optimally meets customer requirements for more precision.

Marbach uses numerous dieboards for its cutting-dies. Depending on the requirements of the order, suitable dieboard material is selected in coordination with the customer. For high demands on the dimensional stability and service life of a tool, the Marbach portfolio includes various dimensionally stable dieboards.

With its innovation pure edge Marbach ensures satisfaction of packaging manufacturers and brand owners. This technology stands for beautiful visible edges for corrugated board packaging and so for sales-boosting presentation of branded products at the point of sale. In addition, pure edge impresses with its durability and permanently consistent die-cutting results.